Fifty years ago, civil rights reached a turning point when President Lyndon B. Johnson signed the Fair Housing Act into law on April 11, 1968, exactly one week after the assassination of Dr. Martin Luther King Jr.

Fair Housing Haiku: Learn About the Law Through Verse / With Illustrations honors the 50th anniversary of the Fair Housing Act by presenting a unique look at housing discrimination legislation in the United States.

Written by an attorney in 5-7-5 syllabic form with original full-color drawings, charts, and more, Fair Housing Haiku explains how the law protects you against discrimination when enjoying your home or searching for a new one.

Fair Housing Haiku: Learn About the Law Through Verse / With Illustrations is available now on Amazon.com at http://www.amazon.com/dp/0989291154/

Visit www.fairhousinghaiku.com today for more information or watch the book trailer below.

New book presents fair housing law and its many protections through full-color illustrations and haiku.

Ron Leshnower is an attorney, fair housing trainer, and author of five books, including Fair Housing Helper for Apartment Professionals, which has helped many landlords achieve compliance with housing discrimination laws. A graduate of Yale University and Boston University School of Law, Ron has written extensively on government, civil rights, real estate, and the law, and he has appeared as a legal expert in media outlets such as CBS News, NBC News, and The New York Times. 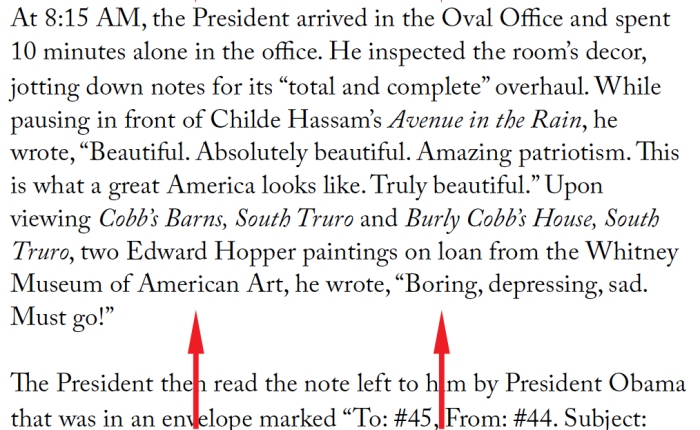 It feels like a long time ago when I attended a Trump rally (as a fan of politics) on a chilly day in April 2016. The experience inspired me to write a satirical book imagining what it would be like if Donald Trump were to become president.

I wrote the book over the spring and summer, and it was published in early August. After I began writing, Donald Trump won the GOP nomination. He then defied pollsters and won the presidency, leaving my fictional book still hanging on as a part of our reality, rather than planted forever in an alternate universe.

But now that Donald Trump’s presidency has begun, my book and real life must start to diverge.

President Trump’s Month: An Epistolary Novella imagines a Donald Trump presidency through a look at a sequence of “official documents,” such as executive orders, presidential proclamations, transcripts of speeches, and more. In the book, President Trump’s term appears to last around a month, rivaling that of William Henry Harrison. However, exactly what happens at the end, including President Trump’s whereabouts and whether the whole thing is his fault, is intentionally unclear and may be addressed in a sequel.

Now that we have entered the setting of President Trump’s Month, I am comparing the events of the book to real life with great interest.

Here is one early prediction that has come true:

According to reports, Donald Trump decided to keep Childe Hassam’s Avenue in the Rain hanging in the Oval Office while ordering the removal of Edward Hopper’s pair of works depicting rural Cape Cod scenes during the Great Depression. (See “Trump Brings Churchill Bust Back to Oval Office,” CNN.com, January 20, 2017.)

President Trump’s Oval Office decor decision is in line with what I predicted last year in my book. Here is the relevant excerpt from Chapter 5, “Statement by the Press Secretary on the President’s Morning Activity (Official Release, January 21, 2017)”, page 26:

Visit this blog for more about similarities between my book’s events and real life, as things unfold. In the meantime, for more information about President Trump’s Month: An Epistolary Novella, please visit presidenttrumpsmonth.com. Also, be sure to check out the latest book trailer.

Ron Leshnower is the author of President Trump’s Month: An Epistolary Novella, a short work of fiction that imagines a Trump presidency through an examination of executive orders, presidential proclamations, and other “official” documents.
Follow him on Twitter (@hillocrian) and visit hillocriancreative.com. 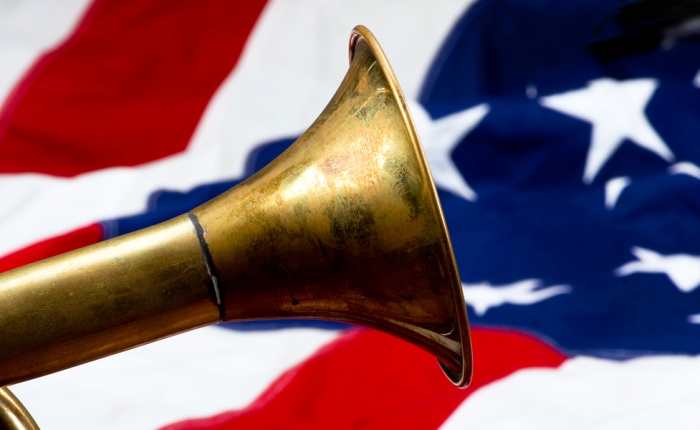 There’s an old joke among American children about whether there’s a Fourth of July in England. The answer is yes! It’s the fourth day of the seventh month. Of course, it’s just not a day that England celebrates as Independence Day.

The “1812 Overture,” a Tchaikovsky piece that I greatly admire (much more than the composer himself apparently did), reminds me of this joke. It’s not that the piece is poorly written or comical in any way. On the contrary, its carefully constructed harmonies, rich orchestration, and intricate weaving of motifs has arguably made it rank among the most recognizable and stirring pieces of Western music ever written.

The oddity is the work’s close association with Independence Day and, by extension, American patriotism. The piece, which has become famous for its inclusion of loud cannons, has quietly become a part of the canon of American patriotic music. But, as sure as the Fourth of July arrives each year in England, the status of the “1812 Overture” as an Independence Day favorite requires some explanation. After all, the piece is about Russia versus France.

If I were to hear a piece entitled “1776 Overture” at a Fourth of July concert, I would probably assume it had something to do with the Revolutionary War. In this manner, many people have assumed that the “1812 Overture” is about the War of 1812, the military conflict that pitted a young America against the United Kingdom. In fact, I’ve so often heard the piece referred to as the “War of 1812 Overture.” While this is understandable, it’s highly inaccurate.

Tchaikovsky composed the “1812 Overture” to commemorate his country’s strong defense against Napoleon’s forces at the Battle of Borodino. The fact that this Russian victory happened to occur in the same year as a key date in American history, and that Tchaikovsky used the year in his title (“The Year 1812” was the original name) has added to the confusion.

It’s worth noting here that the War of 1812 did play an important role in American patriotic music. The sight of the American flag following a victory at Fort McHenry in Baltimore inspired Francis Scott Key to write a poem that would serve as the lyrics of our national anthem, “The Star-Spangled Banner.”

There’s no doubt that the “1812 Overture” has the hallmarks of a patriotic piece, with its rousing melodies, militaristic percussion, and impassioned brass fanfares. A product of the late Romantic era, it’s a musical cousin of John Phillip Sousa’s many popular marches, especially his classic “The Stars and Stripes Forever” (which, don’t worry, is certainly American—so much so that Congress made it the official march of the United States in 1987 (36 U.S.C. § 304)).

But while the “1812 Overture” is patriotic, both in its sound and its meaning, the patriotism is Russian. In fact, if you’ve ever left a performance of the “1812 Overture” whistling, chances are you were parroting French and Russian motifs, which Tchaikovsky intertwined with great mastery.

The assimilation of the “1812 Overture” into our Independence Day repertoire reminds us that although patriotism is often viewed through the prism of one’s own country, national pride is a common feeling shared by people across the world. For years, this sentiment has provided the creative fuel for eloquent and passionate works of timeless music and beautiful art, reflecting a diverse set of cultures, history, struggles, and achievements.

The “1812 Overture” itself isn’t American (like it or not), but that doesn’t mean that listening to it on the Fourth of July isn’t. Indeed, the fact that we perform, embrace and enjoy this musical import on the day we celebrate our own nation’s independence is part of what makes America great.
______________
Ron Leshnower is the author of books and articles exploring a range of topics. He is also a composer.
Follow him on Twitter (@hillocrian) and visit hillocriancreative.com.